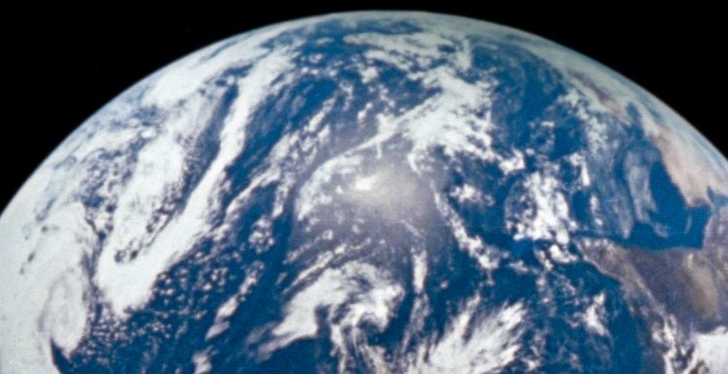 Human-caused climate change is real.  But I don’t think that it is based on carbon emissions.

I recently picked up an old paperback world history book in my library.  This book was first published in the 1940’s, and I don’t agree with the the authors evolutionary presuppositions and philosophy.  I noted that in the early chapters of the book, the author wrote of the advance and retreat of glaciation during prehistoric ages and the associated effects on the early development of civilization, which is the accepted position of most historians.  Such climate change would precede any possible involvement by humans.

In recorded history, we know of many climate cycles.  Causes and effects can be debated.  For instance, the Medieval Warm Period, roughly ninth to twelfth centuries AD, preceded the industrial era of human development, and it was followed by the Little Ice Age from about the fourteenth to the nineteenth centuries AD.  Seemingly, there has been a sustained period of slight, measurable warming since, with slight cooling periods included in that trend.

I recall as an elementary school student a publication used in school called “The Weekly Reader,” and I recall one memorable edition on the subject of global cooling and the possibility of a coming ice age.  A search of records of “The National Geographic”  and other publications from that era would reveal similar concerns, in light of the slight cooling period that began roughly mid-1940’s.  In 1975, “Newsweek” published an article predicting a coming ice age.  This concern was replaced a few years later, however, by concerns over global warming, as a slight warming trend began perhaps early 1970’s and continues to the present.  The movie “An Inconvenient Truth” was produced in 2006, predicting all sorts of negative effects of global warming, and this helped advance the almost non-stop talk of global warming and  anthropogenic climate change – climate change caused by human environmental pollution and production of carbon dioxide and other greenhouse gasses.

A number of years ago, several municipalities in the Colorado mountains considered a lawsuit against big oil companies, contending that fossil fuels produced by these companies was going to ruin the ski industry.  Since then, there have been a couple of dry winters, especially in the southern part of the state, and several winters with normal and even above average snowfall.  The ski industry is expanding, the mountain towns are flourishing, and their biggest problems center on transporting skiers and snow boarders from and back to Denver, and finding enough workers to accommodate their crowds.  Over the last couple of decades, many Colorado forested areas have seen areas of dying pine trees caused by beetles, leading to large forest fires; the thought is that it hasn’t been cold enough for long enough during the winters to kill the beetle larvae due to climate change.  As I write this, the US mid-west and eastern areas have just emerged from record cold weather due to a “polar vortex” phenomenon blamed on polar region warming.  (Too bad the “climate gods” didn’t steer that cold further west to take out some beetles.)  Unusual record snowfall has this winter hit Seattle and areas in the US northwest, likely, of course, because of climate change.  Immigration issues have been blamed on global warming and climate change, as the effects of climate change prompt people to migrate.  Every extreme weather event, every flood or famine, even wars, are blamed on anthropogenic climate change.  Elements of the progressive Left have proposed their “Green New Deal,” a socialist fantasy to radically alter the American economy, fundamentally alter our way of life, and thus save the planet.  The plan includes ending air travel, stopping American fossil fuel energy use, and even banning meat consumption.

Last summer, I visited the Pawnee National Grasslands in northeastern Colorado, basically in the middle of nowhere.  The countryside near this pristine area was filled with giant wind power generation towers.   A later trip through prairie and farmland in eastern Colorado and western Kansas featured mile after mile of views spoiled by these giant supposedly environmentally-friendly windmills.  Photovoltaic solar panels are becoming commonplace on residential rooftops and in large solar power “farms.”  More and more electric vehicles are on the roads.  Somewhere down the road, the fact of toxic metals in the solar panels and in batteries will become an issue, but enough investment in such supposed environmentally friendly technology will save the planet; at least that is the thought.

Humans do have a responsibility to be good stewards of our planet and our environment.  I’m glad that Denver’s winter time air pollution “brown cloud” is less of an issue than in the past.  I’m glad that people can play in the South Platte river in central Denver, unthinkable fifty years ago due to pollution.  I bemoan the urban sprawl along the Colorado front range.  Efforts to protect clean air and water, to protect sensitive environmental areas, to use technology to decrease pollution and advance the quality of life, are to be lauded and encouraged.

There is validity to the concept that sometimes small actions can cause big results in the future.  Call me a skeptic, but I don’t believe that what vehicle I drive or how many miles I drive it or how much meat I consume will have the slightest impact on the future temperature of any point on earth.  Nevertheless, I do believe in human-caused climate change.

Psalm 2:4 tells us, “He who sits in the heavens shall laugh; The Lord shall hold them in derision.”  This isn’t a reference to a divine sense of humor.  God holds the vain imaginings and futile efforts of sinful humanity in derision.

In the opening section of the book of Genesis, we are told of God’s creation of our universe.  We find the first created humans in Eden, an idyllic environment, in a world unspoiled by any pollution or imperfection, living in perfect harmony with their environment, themselves, and with God.  And then, they rebelled against God; sin came, disaster happened.  They lost their previous relationship with God, and were removed from Eden.  Their posterity would be born with the effects of sin as part of their nature.  But it wasn’t just human nature that was changed.  Their relationship with nature changed, as the effects of sin came to be reflected in the world created for man’s home.  Climate change came, caused not by carbon gas emissions, but because of man’s sin and rebellion against God.

Time passed, and human sin continued.  God acted against the excesses of man’s sin by sending, in effect, a catastrophic climate event to destroy debauched human society.  It seems evident in reading the Genesis account that the climate before the Flood was different than the climate after the Flood.

Everywhere we look, we see the magnificence of God in creation.  Biology, chemistry, astronomy, meteorology, all sciences demonstrate the perfect creation of God.  The nature of water and the associated hydrology cycle involving evaporation, atmospheric circulation, condensation, and precipitation regulates climate and weather (water vapor has far more “greenhouse gas” effect than carbon dioxide).  The cycle of oxygen and carbon dioxide in perfect balance sustains plant and animal life.  God’s grand design is everywhere evident.  And yet everywhere we look, we also see the effects of the Fall, certainly in human affairs, but even in nature.  Floods, droughts, wind storms, earthquakes, all express not the original intent of the Creator for man, but rather the effects of man’s sin and rebellion against God.

Again, we have a responsibility to be good stewards of our planet and our environment.  Technology and human genius can and should be used to advance the condition of all people on the planet.  But ultimately, we need to recognize that the future of the world is in God’s hands, not the vain imaginings of atheistic humanity.

Both the Old Testament prophets and the New Testament writers speak of cataclysmic events, including climate events, at the end of the current age that will precede the coming of Christ.  Events that are not merely caused by greenhouse gas pollution but rather by the outpouring of God’s judgement against man’s sin.  And these writers speak of a coming age when by God’s grace the redeemed of the ages will live in a perfect environment to eternally know, love, and serve Him.